This August, Berlin was the global center of all things decentralized. Thousands of blockchain enthusiasts gathered for the Berlin Blockchain Week – a series of conferences, meetups, and a hackathon. In this post, I’ll share my thoughts on Web3, which was the primary topic of the the first major event of the week – Web3 Summit. [1] 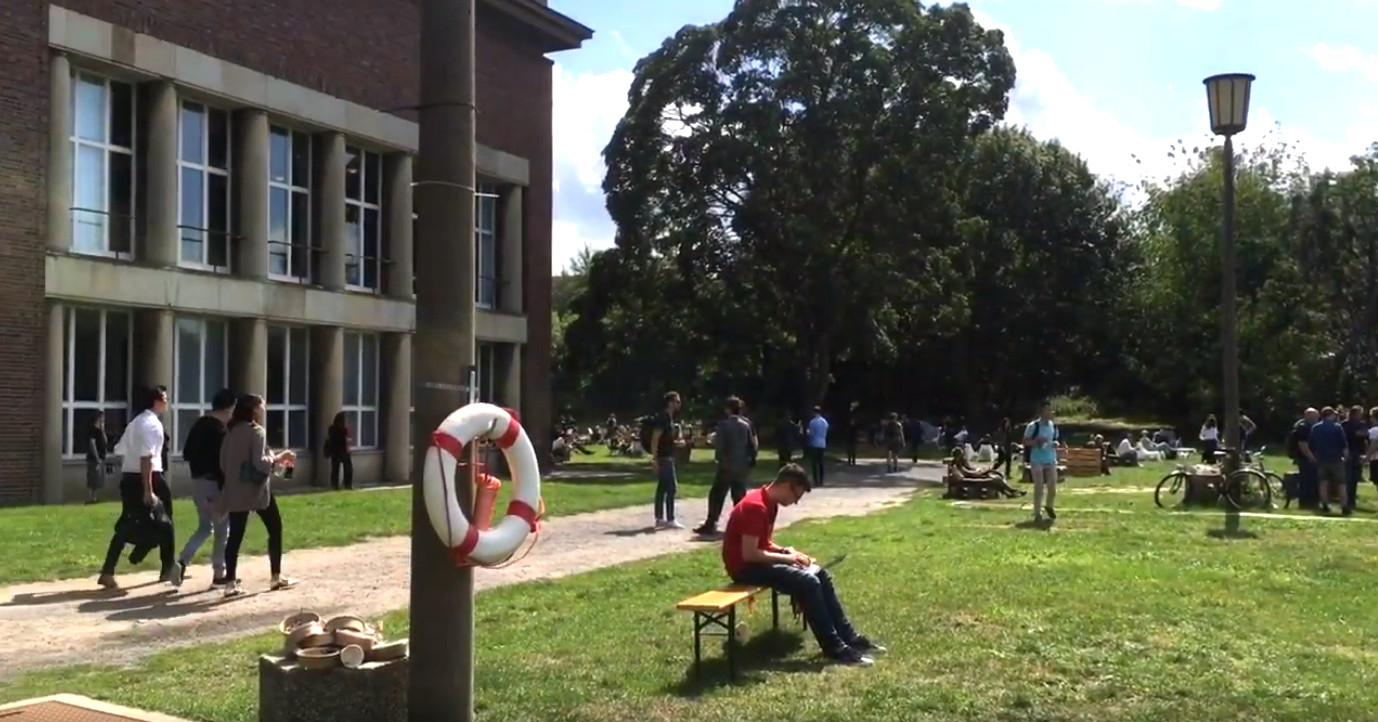 The “3” in Web3 here refers to the “versions” of the web. Web 1.0 consisted of static, read-only websites. Web 2.0 brought the dynamic, Javascript-powered interfaces and, more importantly, user generated content. Facebook is the primary example of a Web2 service.[2] Billions of users use it for free to stay in touch, share photos, and much more. More and more people are feeling upset though. The major reason for criticism is Facebook’s business model.

Contrary to radio and television, the Internet is a dual channel. Users consume data but also report what they’ve consumed back to the server. The cost of storing and processing data has been declining rapidly (Moore’s law plus economies of scale) – at least compared to the value of the data if processed properly. This led to the current Facebook’s business model: it collects comprehensive user profiles and provides precise targeting to advertisers.

Is it that bad if someone extracts enough value from my clicks to let me connect to friends for free? Advertising has been around for centuries, why are people angry at Facebook?

Say, every morning you drop by the same cafe to grab some coffee. The barista greets you with a smile: “A double espresso as usual, Mister Smith? We have delicious chocolate cupcakes today, would you like one?” You smile back and feel glad that you live in such a lovely neighborhood.

People fear the unknown. A monster jumping from behind the corner in a horror movie makes you scared for a second, but the character walking around the haunted house anticipating a monster jumping from behind any corner generates lasting suspense. Nuclear power, which is statistically very safe, is perceived as dangerous because but involves deadly yet invisible radiation. People also don’t like giving up control. Many people “feel” that driving is safer than flying, because they feel in control behind the wheel.

Uncertainty and lack of control affect personal data as well. Sure, Facebook collects data on me, but what exactly? Does it come only from my Facebook usage or from other websites too? Who has access to the data? How long is it stored and where? What can they understand about me if they analyze it? What if they analyze it in ten years with a hundred times more powerful computer? Who do they share it with, and what to those parties do? Can I control what data they collect and what they use it for?

Facebook isn’t keen to answer these questions. The rare PR-department-style announcements start with the obligatory “We value your privacy” only to continue with a huge “but”, carefully wrapped in layers of unconvincing legalspeak. Facebook is one of the least trusted brands in the US, at the bottom of the list alongside big banks and The Worst Brand Ever in The Land Of The Free: the Government.

Speaking of banks and the government…

Money is another area of life with similar dynamics. It’s very scary to have your card blocked, especially if you have no cash. The rationale behind such decisions (is your transaction pattern strange so we block you just in case?) is hidden. The financial system is complex, controlled by someone else, without an opt-out option….

Bitcoin showed that it is possible to disrupt the seemingly all-mighty fiat money system. Understandably, people angry at Facebook started wondering: if Bitcoin found a way to give people a more free and private money, can we use similar technologies to achieve the same goals for data?

Without going into too much technical details, let’s unpack what makes Bitcoin work.

Bitcoin, famously, is a rabbit hole. As you start thinking about what makes Bitcoin work, every insight opens up new questions. After some time, you stare into the abyss, asking yourself: what is value? what is energy? what is time? In this chapter, I’ll just focus on three points which I find important for the web3 discussion: what is digital scarcity, value as a special content type, and how this enables a closed reward system in Bitcoin.

Bitcoin is the first implementation of digital scarcity without a trusted party.

Digital information works very well for many purposes, but one characteristic delayed the (proper) digitalization of money for nearly three decades (from David Chaum’s digital cash in 1982 to Bitcoin in 2008): bits are not scarce. Whatever sequence of bits you give me, I can copy it, diluting the value you aimed at transferring. A simple but dirty way of solving this problem was to appoint a central party, which we all trust to not let people copy value-representing bits. (This is called fraud or counterfeiting and is punishable off-protocol, that is, by armed people putting you in a cage.)

Bitcoin is digital scarcity without people with guns. Where does its value come from?

Well, where does value of anything come from? It comes from people.

Imagine a universe without humans. How much is a star worth? How much is an atom of hydrogen worth? These questions are absurd because value is subjective. “Something is valuable” literally means “some people find it useful”.

People need money – a system of value transfer though time (store of value) and space (medium of exchange). (Unit of account is the third function of money, but it arguably emerges if the other two work well.) Bitcoin satisfies the demand for a money system for enough people to be worth around $10k apiece at the time of this writing. Turns out, to achieve this, it has to be very “inefficient” and make the harder choice at every turn. But as the type of information Bitcoin handles is so valuable (it is pure value itself), the expenses are worth it.

I’m a long time fan of Andreas Antonopoulos. His passion and dedication helped me comprehend the incredible beauty of Bitcoin design. One of my favorite metaphors by Andreas is “money as a content type”. However, while catchy and indeed applicable in programming contexts, it is not entirely accurate.

Content types like MP3 or JPG are just sets of rules that let a computer interpret a sequence of bits. You may try to interpret a JPG file as text – this will most likely result in pages of unreadable symbols. But fundamentally JPG bits are the same as TXT bits and even the same as EXE bits.

But you can’t interpret bitcoin as text.

The Bitcoin whitepaper defines a coin as a chain of digital signatures. Signatures, of course, can be represented as text and printed in hexadecimal. But not every coin is a bitcoin. To be valid, a coin must stem from the coinbase of some valid block in the heaviest chain, which started from a particular genesis block.

A digital representation of value does not work in vacuum. It must relate to some agreed upon money system. In the same way it makes no sense to say “pay me 100” without specifying the currency, it makes no sense to consider a chain of signatures without linking it to the Bitcoin system. In fiat, we establish this relation (PKI, banking licenses, etc) and then trust that the system won’t fail, while it technically can. I trust that the numbers in my bank account there are, all fiat sins notwithstanding, not part of an outright scam plot. In Bitcoin, we establish this relation (full nodes, SPV nodes, trusted servers – whatever fits our security model) but no additional trust is required. The validity of blocks can be verified independently, and the probabilistic uniqueness of history is established with proof-of-work.

When the Soviet Union collapsed, its economic system was completely dysfunctional. [3] It was not just inefficient as you might expect from a centrally planned economy – it was impossible to perform basic financial tasks. Instead of money, a porcelain factory would pay its employees in dishes and cups, which they sold for next to nothing on the streets, just to bump into empty shelves in a grocery store. [4]

Bitcoin is a porcelain factory. It pays salaries to its “employees” with what it produces. [5] However, this is that single case where this makes sense – the factory literally produces money. The money-like objects Bitcoin spits out every ten minutes on average turn out to be exactly what people generally expect to be paid in. Therefore it is possible to embed the reward for maintaining the system into the system itself.

Regular employees trust their employer to pay them and rely on an external legal system to enforce their job contract if they don’t. Bitcoin miners, on the other hand, are not expecting a salary from anyone. Their pay is indivisible from their performance. There is no “boss” who could fail to pay, no company to go bankrupt. This closed cryptoeconomic loop makes the whole thing working and independent of any external party.

To summarize: value is a special type of information. Money is a system for transferring value. Before Bitcoin, digital money required trust. Satoshi leveraged a very special property of value to embed a reward mechanism into Bitcoin, creating a closed (hence independent) system. I’d argue that this is the absolutely critical piece of the Bitcoin puzzle. Let’s call these self-sustaining systems with built-in economic motivations – cryptoeconomic systems.

Let’s get back to the Web2 / Web3 discussion.

Facebook is one of the largest companies in the world, yet I don’t pay anything to use it. How come? This is quite a cliché already, but if you’re not paying for the product, you are the product. More precisely, you are a data point which lets Facebook develop better products for its true clients – advertisers. To attract data point (like you), Facebook maintains all those data centers and hires best developers to lure people into scrolling their feeds for hours on end.

Users’ data has no immediate value however. It is more of a debt instrument: it promises returns, if you derive insights from it and sell them to someone. The value of Facebook’s ad targeting system stems from a number of ingredients:

The Web3 question then is: can we break that circle? Can we build a self-sustained, decentralized cryptoeconomic system on top of data to atone for the Internet’s original sin?

I’ll try to answer this question in the next post.